To become a staff interpreter at the United Nations, one must pass the Language Competitive Examination (LCE). This exam has always had a low pass rate that seldom exceeded 20%. With many staff interpreters retiring by 2018, a shortage of qualified interpreters in certain language combinations exists and needs to be addressed. This led the UN to launch an Outreach Programme in 2007. Helping candidates prepare for the LCE, and getting better acquainted with the specificity of the UN work environment are among the objectives of that programme. Against this background, initiatives were developed in some booths to better prepare candidates for the LCE. In this article, I will look at the initiatives of the Arabic and French booths.

The Arabic booth conducted a 6-month training from July 2015 – January 2016. I interviewed Mr Ashraf Kamal, Chief of the Arabic Section at the UNHQ in New York, to learn more about that training. He started by shedding light on the background: “In the past, we always held LCEs in the Arabic booth but the success rate was usually low: 1-2 people. That was a big problem because the exams are costly and we also have the issue with staff interpreters retiring and we were facing difficulty in replacing them particularly in the English-Arabic language combination. We have been lobbying the administration for 10 to 15 years to allow us to hold training program but they always told us that there was no budget for this. At one point, the number of staff interpreters went down so much that the cost of recruiting freelancers became higher than the cost of covering the training for six months! We were asking for $1 million and eventually received $840,000 then we started the process of recruiting trainees. We advertised it on the UN careers portal, social media and at the universities we have memoranda of understanding (MoUs) with. We held 400 preliminary interviews with potential candidates who also had to do exams. 11 were chosen but one dropped out after two months because the pressure was too high. We had seven trainees working with English and Arabic and three with French and Arabic. With the regard to the composition of the training, the trainees worked 8-9 hours daily and they had homework plus work to do over the weekend. They were trained on at-sight interpreting and also online for speeches. Starting the third week of the training, they had to do 2-3 hours per day of booth work. For every session, they were monitored by senior interpreters or lecturers from MoU universities who were also recruited to work as freelancers. Every 2 1/2 months we held a mock exam that had the exact characteristics of the real exam in terms of duration, complexity, etc.

As to the curriculum, we covered everything related to the UN committees, Security Council, ECOSOC and all the topics the UN discusses. To give you an example: in the first week we started by a two-day preparation on the Security Council. The trainees were asked to read everything on the Security Council and the sanctions committee. Then they had a briefing from the director of the Security Council for 45 minutes and they had the chance to ask questions for two hours on the elements that they could not find during their preparation. This was followed by three days of Security Council speeches both live and recorded. We applied the same method to all other subjects. The trainees would always have 2 or 3 senior interpreters to listen to them while they worked in the booths. Sometimes, half of them would go into the booth and the other half would give them feedback. I wanted them to become comfortable with critiquing each other’s performances. We used recorded speeches which are available on the webcast but also if there was a meeting that was being held live, and depending on that nature of the meeting, I would take them to the Security Council for instance and place them in three dummy booths. By the third month, trainees who made good progress were allowed to work in live situations.

We announced an exam at the end of the course and for the first time in 35 years, 13 candidates passed; eight from the training and five from outside. They were all recruited so this enabled us to fill all the vacancies.”

One of the trainees who passed the LCE for Arabic, Dr Marwa Shamy, talked to me about the difference the training course made for her, she said: “The training allowed me to gain a deep understanding of the institutional setting of the United Nations, familiarize myself with the format of different types of meetings, and enhance my knowledge of a number of relevant topics. In the exam situation, this knowledge helped me contextualize the exam speeches and facilitated the understanding of the underlying message. In addition to raising the trainees’ awareness of the UN context in general, the training dealt extensively with the nitty-gritty of relaying the message from the source to the target language. Trainers suggested concrete strategies to deal with the different challenges that we might encounter in the booth. Some of the difficulties are non-language specific, others were more associated with the structural discrepancy between English and Arabic. An example of a non-language-specific challenge is the high delivery rate, which due to limited speaking time, has become the norm rather than the exception. Trainees were instructed, for instance, to reduce the lag to one second to be able to keep pace with the speaker. The duration of the training allowed me to practice the recommended strategies and automate them, so that by the end of the programme, coping with such difficulties had become second nature and did not take up much processing capacity. Other challenges include dealing with different accents or relaying the flowery Arabic style into a terse English style. The training also gave me an insight into the interpreting norms prevailing in the organisation. UN interpreters are held to very high standards when it comes to completeness. Only minimal recourse to omissions or generalizations is condoned. Points are deducted in the Competitive Language Examination, for instance, when a noun is preceded by four non-synonymous adjectives and the interpreter only renders three. Take the example of the Palestinian-Israeli conflict. When the future Palestinian state is mentioned, I need to use the four adjectives pertaining to it: an independent, sovereign, viable and contiguous state. Overall, the training provided the appropriate conditions for us to increase our linguistic resources and enhance our interpreting skills through strategic action. But ultimately, the result depended on what each candidate made of it, i.e. to what extent they were aware of what needed to be upgraded and whether they engaged in deliberate practice to hone their skills.” Mr Tarek Abboud is another trainee who did the Arabic booth training, passed the LCE successfully and is now a staff interpreter at UNHQ. He described the difference the training made for him as follows: “the training provided me with a unique environment to grow and experiment with different techniques, an environment that I had not been afforded earlier. I was not given a set formula to follow. I was provided with an abundance of material, time and space to make mistakes and improve individually. Thanks to the training, I can now look at my performance from a critical perspective and alter it accordingly, which is an important skill for any interpreter willing and ready to grow professionally.”

The French booth had two initiatives at UNHQ and at the UN office in Vienna (UNOV). Ms Alice Ryckmans, French interpreter as well as Outreach Focal Point and MoU Coordinator, shared with me information about the 9-week traineeship the French booth at UNHQ organised. Out of 175 applicants, 7 were chosen to participate in the traineeship; 4 with Spanish and English and 3 with Russian and English. The training course consisted mainly of 3-hour sessions, six times a week, with a full day on Wednesdays. The participants were offered a range of exercises, from sight translation to simultaneous speeches (with or without text). Most of the material used was original recordings of UN speeches. As with the Arabic booth training, the participants were briefed on UN specific topics. In addition, a special stress management workshop was organized with the help of a staff counselor from the Medical Service Division. The French booth had 10 successful candidates for the LCE that followed. Even though only one of them had participated in the traineeship, 7 had participated in previous unpaid internships organized since 2012. This means that efforts do not always bear fruit immediately and that the whole initiative has to be seen on the longer term.

Dr Marie Diur, Head of Interpretation at UNOV, participated as a jury member to the marking of the 2013 LCE. Based on that experience, she concluded that “LCE speeches present specific challenges. Lacking the knowledge about the way the UN is structured or understanding the differences among the Committees might represent an added difficulty.” As a result, she designed a three-day intensive course that focuses on UN terminology and features of speeches in an attempt to help candidates prepare more effectively for the LCE, thereby increasing their chances of passing. The course is divided into two exercises. The first exercise looks at navigating the UN website, using the information in the Secretary General’s report and the monthly work programme of the Security Council, regional groups at the UN, researching world affairs, preparing glossaries and sight translation. The second exercise aims to teach trainees that the information given at the beginning of each LCE speech can help them deduct what might come up during the speech.

Based on the above, I conclude that the UN LCE is like any sports competition; it requires adequate training and preparation for the result to be satisfactory. In order to have enough time to prepare, future candidates are advised to regularly check the UN careers portal (https://careers.un.org) where all language related vacancies and exams are announced. 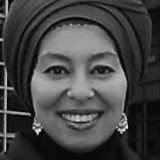